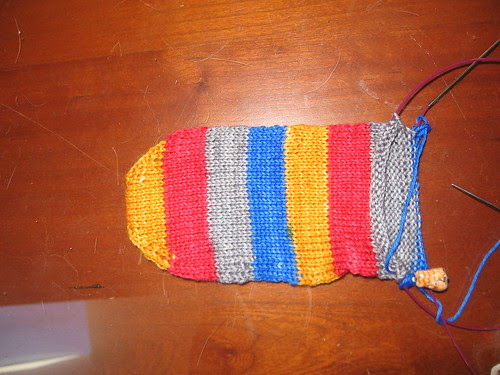 I've started on a new sock, this made with a very cool yarn from String Theory Dyeworks. The yarn's name is Continuum since there are very pronounced stripes, and this colorway is called Memristor.

According to Wikipedia, Memristor is a portmanteau of Memory Resistor.

According to Wikipedia, a portmanteau is a word created from a blend of two words.

I'm feeling pretty lazy today so I better stop now before I get in over my head.