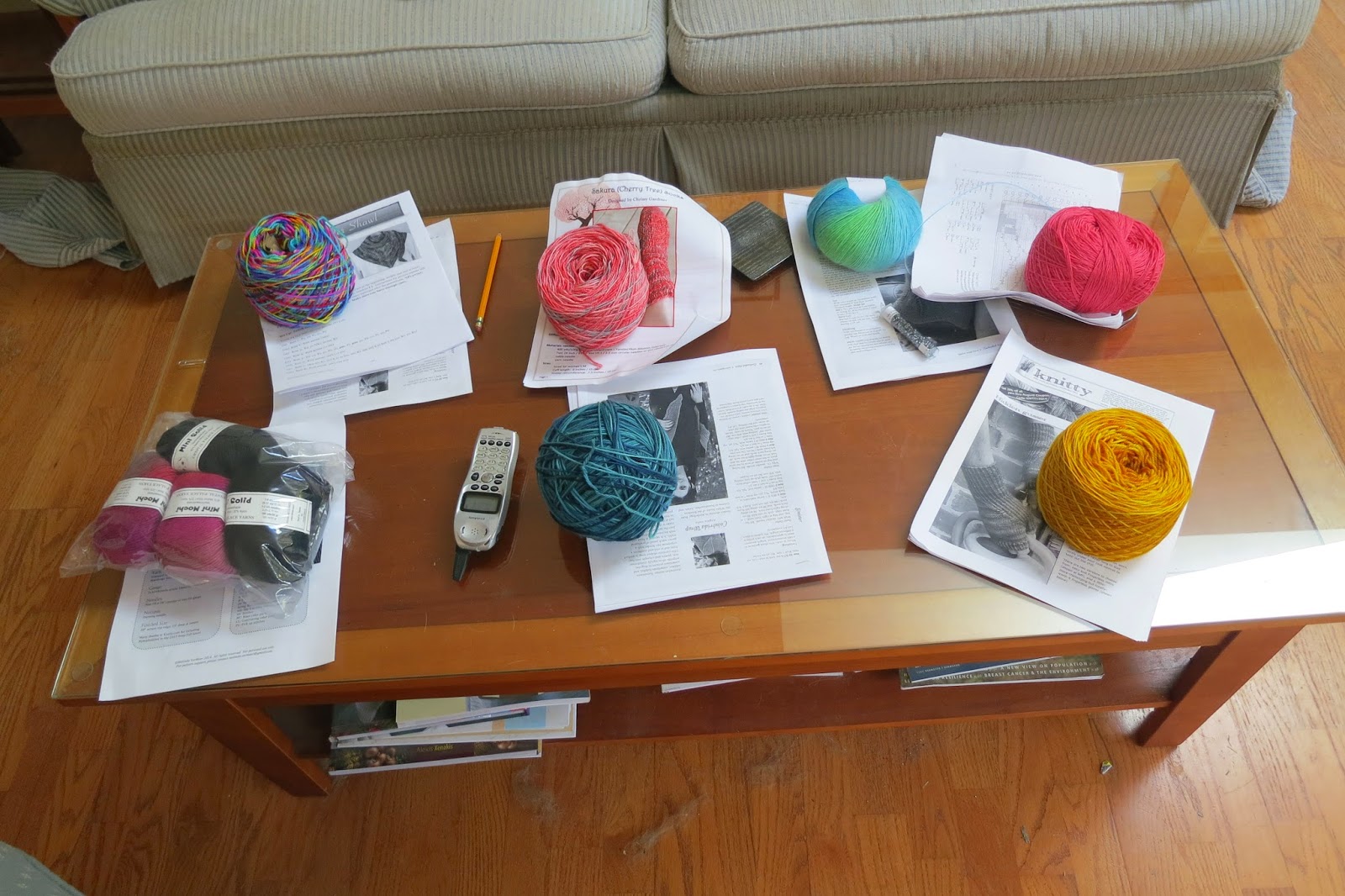 I spent a good chunk of time cleaning up the junk in the 'guest room/yarn room' and that included cleaning out a few messes of knitting bags. I also went through the pile of printed out patterns on my desk and picked out the ones I liked the most. Then I got out the yarn winder and the result is: seven things I want to knit!

If you know me at all, you know I often have many things OTN. I won't promise I won't cast on for these all at once, but who knows?

So Clockwise from the upper left hand corner-

Some Dashing Dachs yarn that I'll use to make the Woodland Shawl. I bought some Miss Babs Tarte for this but I ran across the DD and thought it would be good too.

Yarntini for the Cherry Tree Socks--pattern and yarn received for some long forgotten sock club but I had kept it together because I like it.

Wollmeise Pure for Nine Maiden. I had to rip this out because I screwed up on an increase but I'm ready to try again.

Zen Yarn Garden for a pair of fingerless mitts, the Hidden Gusset from Knitty.

Miss Babs for the Colubria wrap (this might be the first one I cast on. This are the Woodland Shawl. Or the mitts)

Mini mochi and Mini solid for Nymphalidea (this might be the first one I cast on for as well).

I guess we'll all know sooner rather than later which one I did first!