I love casting on. I could cast on for things all day.

But you know where that leads--lots of projects and nothing finished.

I love buying yarn too. I'm being more thoughtful though--buying yarn with a specific project in mind and also matching stash to patterns I find.

So all this is a non sequitur to my winding of new balls of yarn that I just bought. 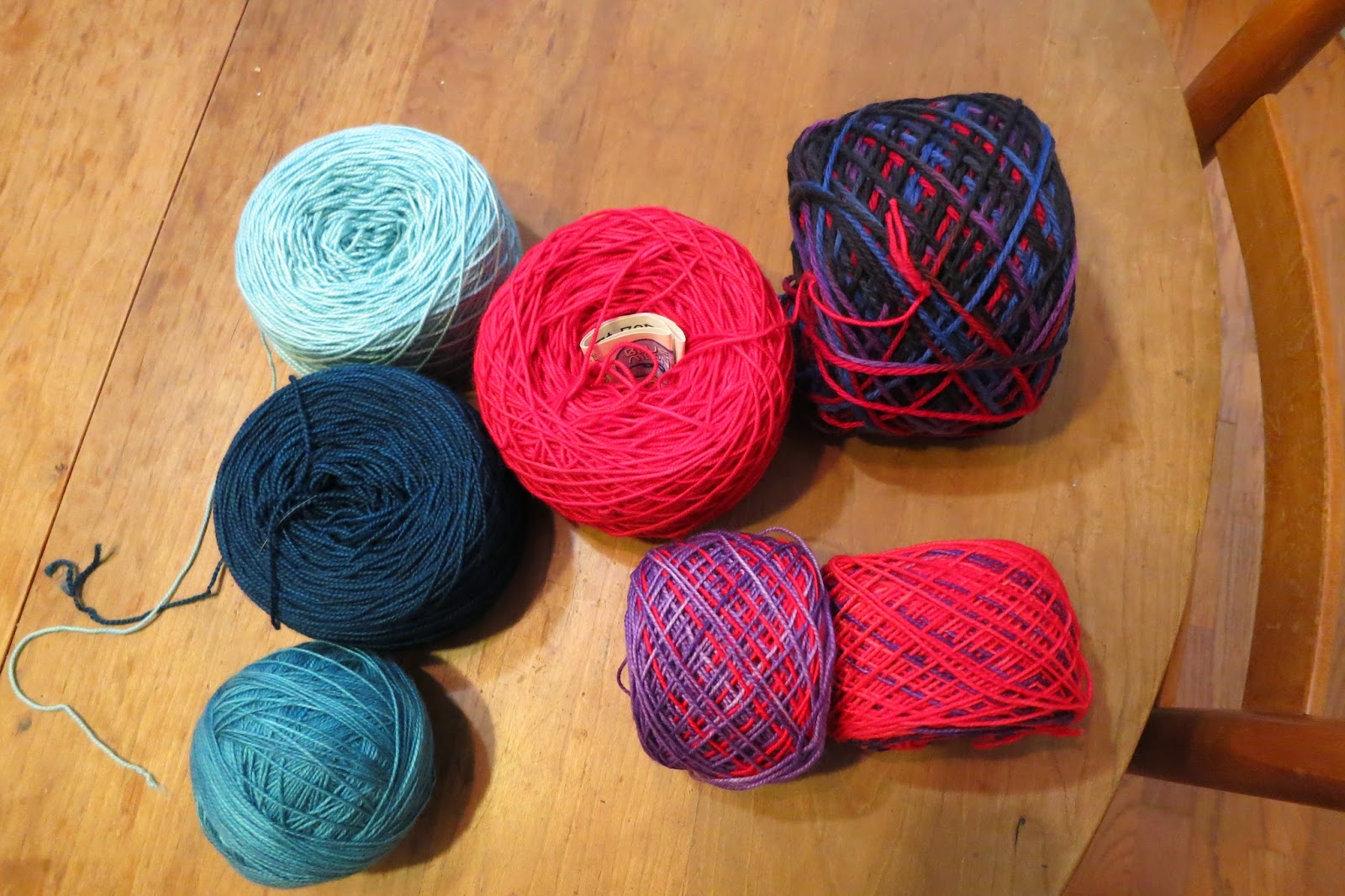 One of my favorite online yarn stores is The Loopy Ewe and the shop is sponsoring "Loopy Academy" where you knit three things in the fall with a specific goal (and you buy yarn from the shop too). Upper right hand corner is Lorna's Laces Shepherd Worsted, which must be knit into mits. To the left of that is Socks that Rock Heavyweight, which must end up as a hat. And below that are Fibernymph Dyework's Inversibles: two skeins of sock yarn that are 'inverse' of each other, and those must end up in a cowl.

I'm not sure of the patterns I'll use but I just ordered the book Knockout Knits by Laura Nelkin. I saw some mitts (the Prolix mitts) knit up on Kristin Kapur's website, so I know the Lorna's Laces will be knit up into that. There are a few other patterns in the book that might work for the cowl and the hat, so stay tuned.

And of course I have other stuff that I had planned a month ago--I finished three of these seven and one is on the needles, along with the purple beaded scarf and the Arwen. Plus three shawls that I started and haven't finished. And mindless socks. So that is...four plus two plus four plus three--thirteen projects planned. That should hold me for a while.

I really like the look of that inverse yarn. Can't wait to see what it looks like knit up.

Oh I love Lorna's laces in a skein and knitted uP!!

I've stopped, dead, buying yarn, but want to knit small things from now on, so NO Problem there!

Lorna's Laces fan here, too. Now to go back and hit all your links. Thanks for this knitting rich post!