So--we've moved from waking up in the middle of the night to not being able to go to sleep at night and then sleeping really poorly. So I worry the 'one day for every hour' of time difference may come true.

First--knitting. During the two weeks in NZ, I knit about an inch and a half on a sock. When I got home, I realized I wanted it to be a cowl instead. So I call this the 'vamp' cowl, since I'm just vamping and knitting whatever I want on it: 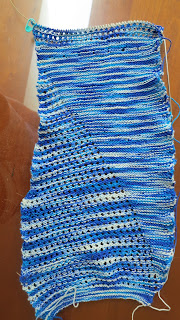 And now for a few more NZ pictures. Our last place that we visited was a town called Paihia in the Bay of Islands. These pictures are from there--first the view from our balcony, then our neighbors at the Chalet Romantica: 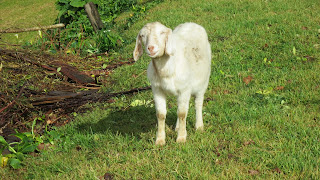 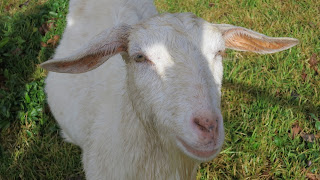 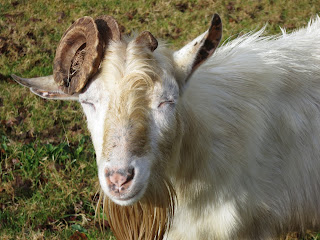 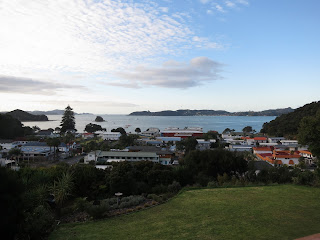 About half an hour away was the town of Kerikeri, where the first missionaries lived. This is the stone store (one of the original buildings) and the Kemp House, built in the 19th century and lived in (with minimal improvements) by Kemp family members until the 1970s. 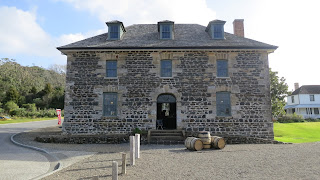 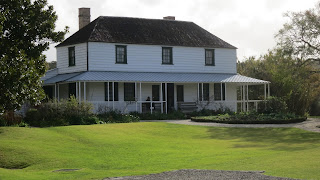 We took a ferry to the town of Russell, where we walked up to the highest point where the British erected a flagstaff (that was cut down a couple of times). What views! 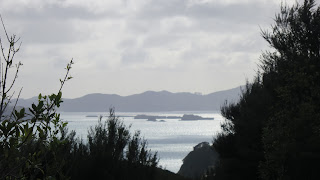 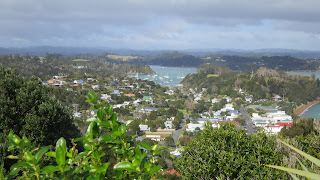 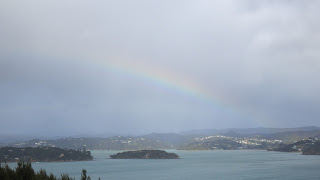 Russel is a quaint town in a very British style. 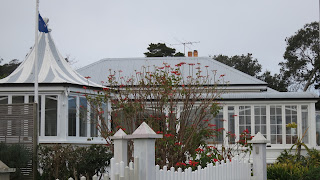 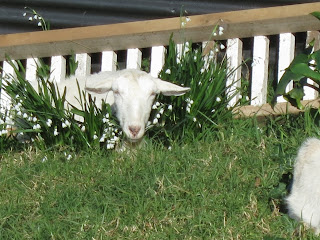 Jet lag is no fun. Having worked night shift for years, I understand. In time you'll sleep again!

The landscape photos are very lovely. Your knitting looks like the sky with clouds.