I'm not the only crafter  My better half is much, much better at a number of crafts than I--he is building his own kayak, he is a potter who makes non-lopsided pots, and now he is officially a chair seat weaver: 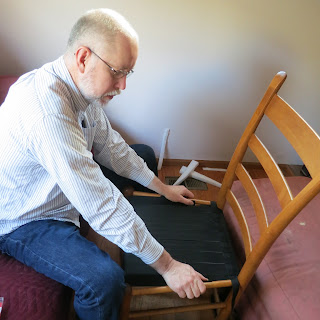 I bought some beautiful dining room chairs in 1990 (from the Crate and Barrel Furniture Store on Mass Ave in Cambridge--anyone remember that? I lived right by there on Centre Street--about halfway between Central and Harvard Squares). Anyway--these chairs have lived in Massachusetts, Tennessee and Oregon, and have been seating places not only for us but for six assorted cats over time that have not treated them as respectfully as we might have wished. So the woven seats were getting pretty torn up, to the point that we would occasionally wonder if we were just going to fall through them. I found a person last summer who said she could reweave them and she took one for a test--and it cost over $200. When we learned the price of materials was about $25, Tim opined that he could figure out how to fix them himself. And so he has. 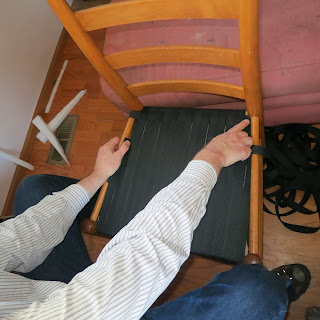 Here he is starting to weave the horizontal strips in after placing the vertical strips on. 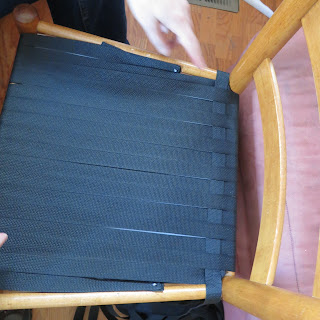 A close up of the strips going in. 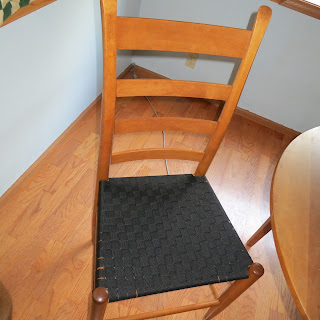 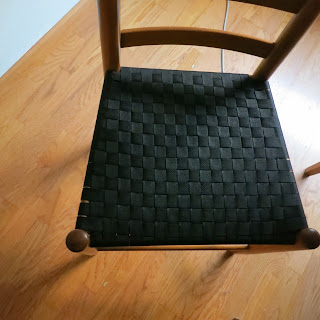 And after some back and forth, the finished product! This is the second one he has finished, and we have one left. Now we can sit at the dining room table without fear of hitting the floor!

Reading  I'm reading a book called 'Before We Met' which is about a woman whose husband has misled her about his past. It is pretty good.

Watching  We sadly finished the third season of "Ray Donovan". Last night we watched "Mr. Holmes" which was a very sweet and slow movie (in a good way).

Fun Even though yesterday was cold and damp, we walked around a local nature preserve called "Delta Ponds" and saw several birds including a cormorant. Then we went to the mall and warmed up while looking at the miniature railroad exhibit. 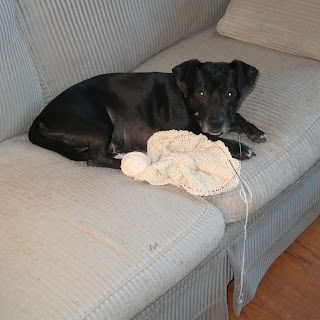 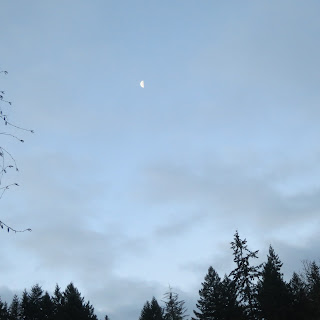 Have a lovely Sunday!

aww. It is cold and damp here. We are likely going to miss the snowstorm again this week! Fireman prefers the rain and for his back's sake I guess I do too. (i prefer snow)

I always liked to watch my mother and grandmother weave chair seats. Hooray for Tim!