I have a bunch of stuff to catch you up on. Ready? 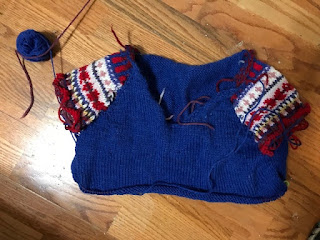 I may have to check out that book. I've found so many to put on my to-be-read list these last few weeks.

I think the winter weather is keeping the bloggers in and reading. LOL

YOUR sweater is GORGEOUS. Alice Starmore....always a great read and knit .
Im impressed with Senator Booker blasting the DHS chief today. I hope academia is really disgusted with this current sadness in the white house