Someone used that term on Ravelry---to describe a week when you whip around from thing to thing to thing. That was last week, whipping around from classes to meetings to defenses and back again. Friday was hard, because a student who was anticipating getting a 'distinction' on her honor's thesis got a 'with honors' instead. Basically, a student in the University Honor's program (which differs from the program I run, at the J school) does a thesis and most students (about 85%) get a pass 'with honors' while about 7% get a pass 'with distinction' (the highest one) and the rest get a 'pass' (which is basically, dude, you phoned it in). Anyway---this student's friends are all in the University Honors program and several of them (including her gf) received a 'with distinction' so when she got a 'with honors' she was first devastated and then really angry.

It was hard, because we all (there were three of us) think highly of the student and she did work hard on the thesis, but she didn't quite get to the 'distinction' place (you know it when you see it). And we can't pass her with distinction just because her gf for the distinction (two of the three of us were on the gf's committee as well). I knew it would not go well, I just didn't realize how upset she would be.

There has been a bit of knitting stockinette on the Construction Zone top and now it just looks like a big grey blob: 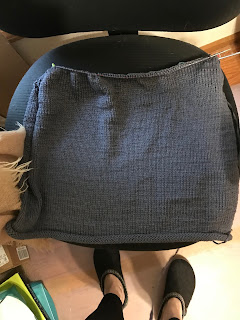 I went out to the farm yesterday to check on everyone. There were a lot of plein air painters there and the alpacas were very busy posing for their fans. Below is Calypso's mini-herd--right now he is with the castrated boys who are a bit gentle but still will do some roughhousing with him. From left to right--Atom is the white one (he's mine as well), then Griffin (the brown one), Calypso behind him, and Navarre. 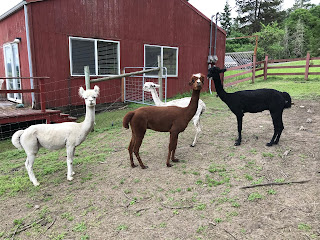 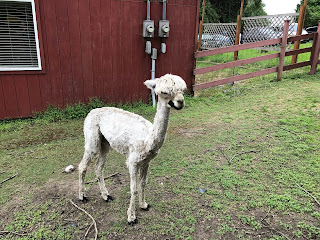 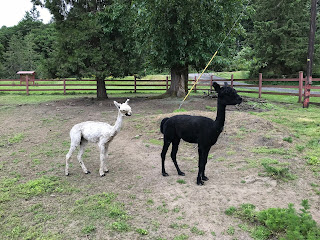 He's still smaller than the rest but getting bigger. 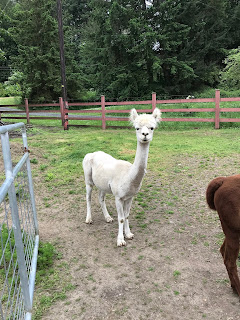 Atom is becoming more used to me.

And finally, some pretty flowers in the garden: 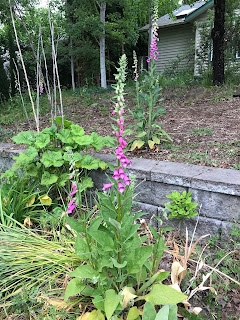 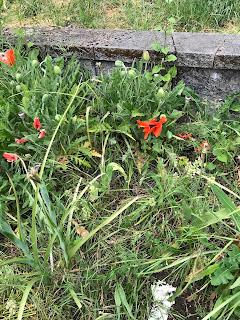 POPPIES! (Say it in your best Wicked Witch of the West voice). They get so big that they can't hold their heads up! 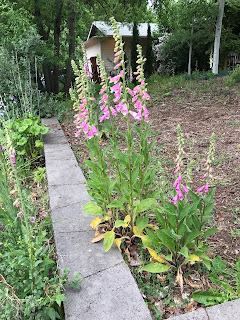 Have a great day!

Love those foxgloves!
It is upsetting when a student gets angry about a grade, but I think you did the right thing. We have to uphold standards. And students often need a reality check.

Gosh your Foxgloves are beautiful! And, Calypso really is growing!!