It's that sloggy time of the year

Today is the last day of classes at UO (my last day was Wednesday). Today I have a defense and then a faculty meeting, Monday morning 15 papers are due and I have two defenses, and then one more defense a week from today. Graduation is a week from Sunday (also our anniversary and also father's day).

I'm caught up on my one class (will spend the faculty meeting today inputting grades so that will be done) and so sort of in limbo (all the materials for the defenses have been turned in, they've been read).  I'm not sleeping well (thank you Hot Flashes) and allergies have been awful---hopefully they'll be some rain this weekend and that should help.

I've joined in the round for this top: 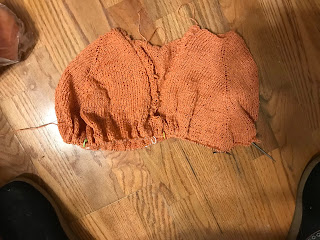 The cables are hard to see but that's ok. And I guess it is as orange as I thought.

I've started by cross stitch, and I had to order one of those magnifying-glasses-you-wear-around-your-neck because the crosses are so, so tiny: 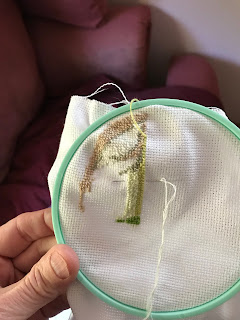 It is aida 14 cloth, and you can see that this is a pretty teeny tiny hoop that the work is in, and I've done about three inches of work (there's a bunch of white cross stitch in there that you can't see) and this bit has taken me about six hours. I thought, amusingly, I'd be able to do a letter in an afternoon. Silly silly me.

And that's a B, in case you were wondering. No, it makes no sense.

I'm reading "The Essex Serpent" which is kind of interesting but kind of plodding, but I persevere. And it would make a great colorway for yarn: 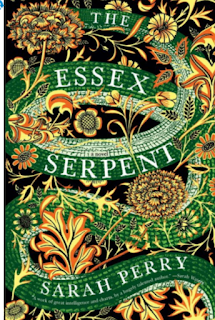 I'm also reading a book about the music industry and IT TOO would make a good colorway: 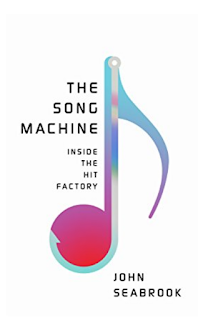 It's really interesting but I know almost nothing about Hip Hop and other popular music (I barely know who Rhianna is, and she's sort of central to the book) but I like it anyway.

We have watched an Amazon series "All of Nothing: The New Zealand All Blacks" and it was great. We've been All Blacks fans since our trip to NZ three years ago and this documentary series was a great way to understand both the legacy of the team and the challenges of rebuilding when the 'stars' leave (Richie McCaw retired after the 2015 Rugby World Cup and Dan Carter---Denn Cahtuh---went to play in Paris). The second half of the series featured my favorite player, Nehe Milner Scudder---MilnahScuddah as the announcers call him--and he's my favorite player only because it took so long to figure out what his name was. That's the kind of sports fan I am!

We're also watching "Ballers" with The Rock. I've never understood the appeal of The Rock but the series is pretty funny in a very raunchy kind of way.

That's it from here!

End of the year sounds very intense from here Kim. Must be, because there have been no Calypso pics. Your top joined means you''ll fly through the rest and I agree. Great colors on that book cover! Have you tried melatonin for short term sleep relief?