Someone is almost a year old, can you believe it! The Duke of Calypso weights a little over 90 pounds, he hangs out with his friends Atom, Griffin and Navarre, he eats pellets out of a bowl, and he likes apples and carrots. He is becoming a visitor favorite at the farm, and is very comfortable getting pets. What a guy. 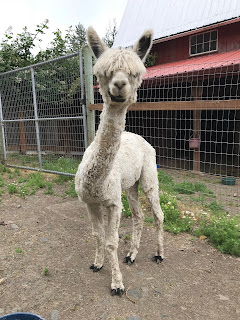 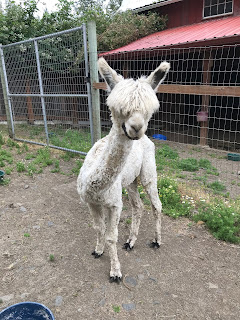 I haven't seen him for a while and was surprised to see his fleece is more than an inch long---two months after shearing! 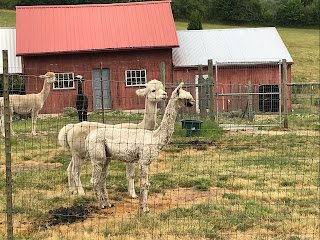 Here he is with his buddy, Atom. Atom is a huacaya so you can see the difference between a suri (Calypso) and a Huacaya. 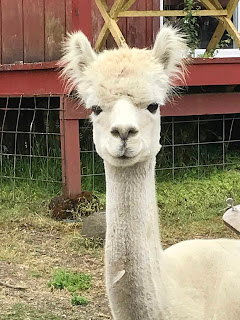 Close up of Atom. 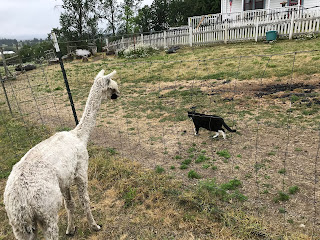 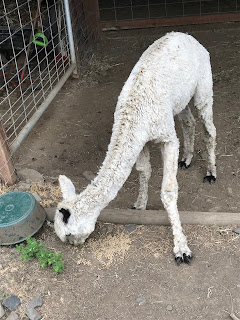 Sometimes you just have to spill your pellets out of the bowl and eat them off the ground. 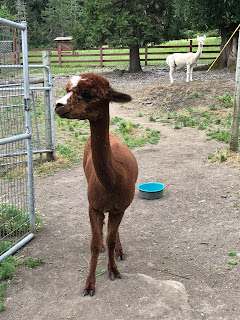 His friend Gryffin (with Atom in the background).  Gryffin was named after Gryffindor because of his lightning bolt on his forehead.

Beautiful animals and there fiber is a delight to spinners and knitters both!

Can't believe he is almost a year old!! He is darling.