We found a new beach (well new to us) on Saturday in a little town called Neskowin. We have driven by the little town dozens of times (I wouldn't even call it a town---it is a hotel, a small condo complex, maybe a dozen houses, two restaurants, and a little market) but have never stopped. The inn there is called  "The Inn at Proposal Rock" which I assumed was a rock where people got engaged.

You can't really see it from 101, so it never seemed stop-worthy. The restaurant (The Cafe at Hawk Creek) was delicious but no beach view. At least, from where we were sitting.

But it is beautiful. 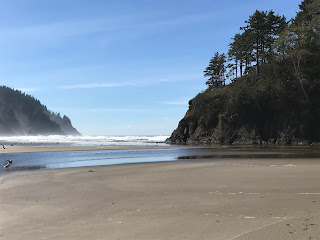 The big hunk of stuff on the right is proposal rock. 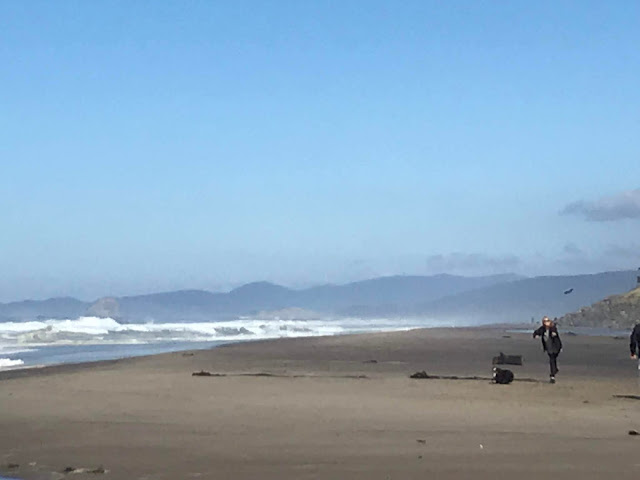 And it was a little 'chunky' in the ocean. My friend Matt who is a surfer says this type of surf is called "Victory at Sea."

And I knit a sock.

I had no idea that surfers had names for various surf, but it makes sense. Can you tell I live in a landlocked state?

The video of the ocean is spectacular Kim. It looks beautiful but powerful, as it is! Glad you tried a new spot. WE are still trying new spots after moving here 2 years ago!

What a beautiful view! I love finding little out of the way places like that.

What a beautiful place!! Glad you took the time to find it.