Every time I looked outside-

-there was something different happening. We were waiting for the snow but it never came (the video below is literally most of the snow we saw yesterday). It is, however, really cold (for the coast)--this morning it was below freezing. At the gas station the other day (yes, we have a gas station in Pacific City!) the woman pumping the gas said that it used to be that it was always 60 degrees in PC, regardless of the time of the year. Not so much any more.

I love this little video because it looks like I put some type of 'snowglobe' filter on it, but it has #nofilter and shows our sparkly snow yesterday.

And among other pretty scenes:


The snow looked like it wanted to start all day yesterday: 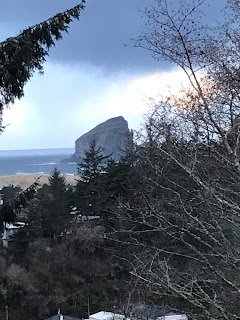 During one little squall, Pilot went out to see what was happening and decided that snow could be a little snack. He is all healed now! 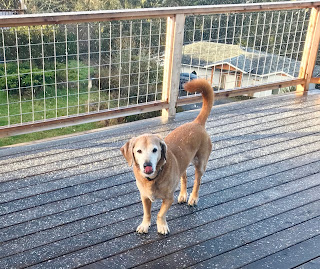 The sunset last night was dramatic. This is looking southwest. 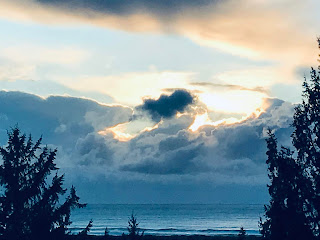 Another one to the Southwest. 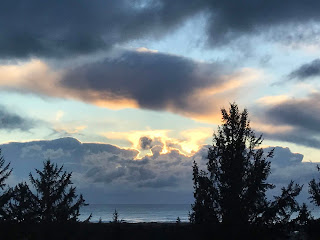 And this is to the Northwest. 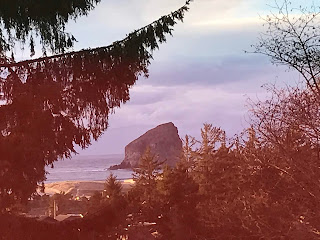 And then this morning, the sunrise was beautiful. Blue sky, no clouds now (about half an hour after this photo was taken): 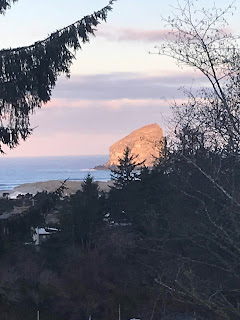 Whatever the weather was going to do-it was a beautiful changing view!

Good news about Pilot. Your view is beautiful no matter the weather.

That's the good kind of snow. The kind where you can sit, warm and snuggly in the house, watching it snow .... but you never have to dig out the snow boots or deal with scraping it off your car or shoveling a walkway....
So glad Pilot is all better now.