Let's start with the knitting

I'm really enjoying Botanique, and finished the 'wee butterfly' section and have moved on to the 'honeycomb' section (I love how they all have names!). 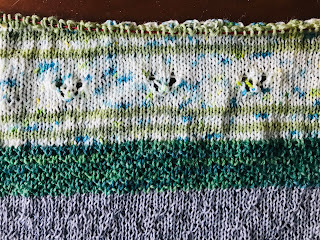 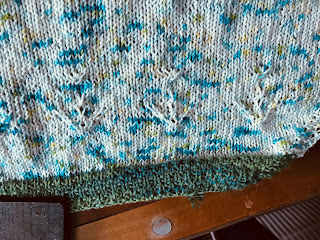 This is one of the first panels, little flowers. 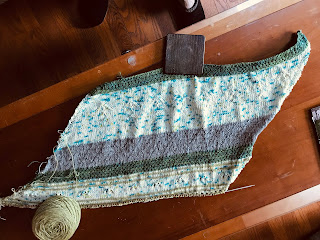 Here's the whole shebang so far^^^.

This is really much, much greener than it is photographing. Next time I'll take it outside.

No cria!
But very fuzzy alpacas, ready for shearing. 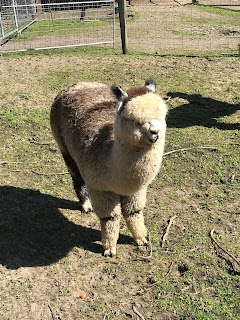 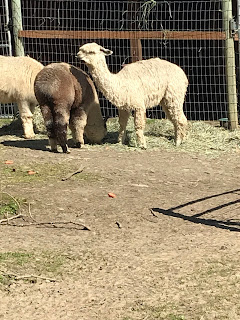 Calypso, who is now Tripoli's buddy.

Shiny things
We bought two new appliances because two things were failing. I think I told you about the ghost in the washing machine--it would just turn on whenever it wanted to, and sometimes didn't fill with water when turned on. And sometimes it worked just fine. We had the repair guy out a while ago and he was flummoxed. The dishwasher was also on its last legs--we have dish drawers here and on the coast which are great for two people, but we hesitated to replace the one here because they are just a bit pricey.

Well, we finally decided that we should just do it, and called our Appliance Guy (one of the benefits of building a house--you find an Appliance Guy). Brian the Appliance Guy works for a small Oregon business and they are great with customer service, and he found us two good deals on both appliances ($200 off the dishwasher AND it has a food chopper in it, sort of a mini-disposal, and $300 off the washing machine) and they got installed yesterday.

Let's hope nothing else breaks before we move to the coast (the oldest appliance now is the clothes dryer, which is almost 21 years old). 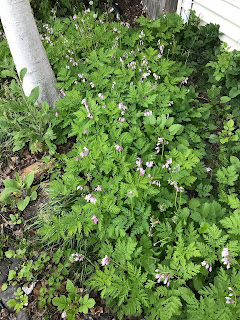 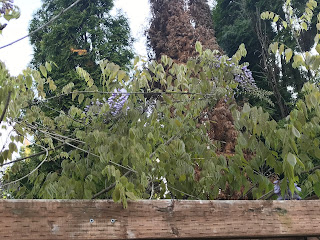 Wisteria are sparse but good. 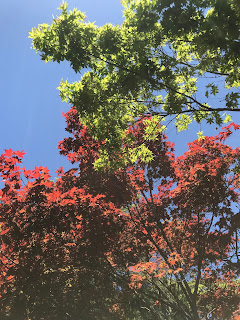 Sitting on the patio and looking up through the trees is good.

Oh the appliance traps. We had to get a new refrigerator this year and put in a new kitchen sink. Both stainless. Glad that's done ! Your flowers are lovely. cmon TINK. have that cria

Botanique --- and all the botanicals --- are beautiful.

I do love Botanique. I'm curious to see the actual colors.

Great knitting and lovely weather for the flower photos!

Beautiful botanicals and knitting! Glad you were able to get discounts on the appliances.