This has been a tough week

I try not to be a complaining blogger, but this has been a tough, tough week.

Tooth: I went in for the root canal yesterday and the endodontist said that the tooth was cracked in two places and cannot be saved. So now I"m waiting to hear about getting in pulled. Ugh. At least I'm on antibiotics for the infection and that seems to be getting better.

Threats to my campus: over the weekend a student posted a long rambling rant on social media, including some language about taking care of problem people and having the ability to do that. Another student posted on social media that this student was planning a shooting on campus on Monday, and pulled selected information from the first student's rant. This went viral on campus. The police investigated and sent out a message that said, basically, 'this person is not a threat' but I started getting questions about cancelling class starting early Sunday evening. After checking with a few students, I did cancel class--and campus was empty on Monday. Later on Monday, the family of the first student issued a statement that the student was in the hospital and would leave the state once the student was released---information that police, I guess, cannot share. I talked about it with my undergrads yesterday---they were completely freaked out and at the same time afraid to skip class because of repercussions. This is such an awful environment for our students. It really must change.

Stupid university: a story came out in the Portland paper that our University was a member of a climate-denial lobbying group. I spent much of Monday crafting a petition with a student environment group to have the University withdraw. Stupid university. We sent the petition to the President and said 'withdraw or we start a petition' and later that day, the President withdrew (I think he had other things other than the petition to inform him, but jeez).

Grad student issues: nine PhD students have come to the end of their funding for their degree and they have neither finished not have jobs. We can only afford to give three an additional year, and I'm on the committee that had to decide which 3 to continue. This is the worst decision of my life. We had a way that the committee shared responsibility and no one person dominated the decision but this is just awful.

Thanks for letting me vent. This has been a term where life has interfered to a great, great degree. It may be a message from the universe telling me it is time to retire.

But on the good news front: Marmalade the alpaca had her cria--I'm going out to meet her this morning. And more Botanique: 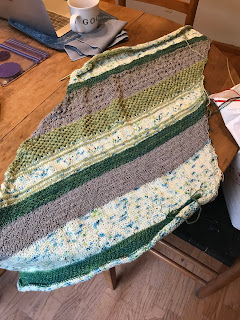 You just get overwhelmed sometimes. We're in a dark, dangerous place right now, and it's okay to vent.

Venting is good - we all need to now and then and yikes! sounds like your university is in the midst of so many different "issues."

Sorry about your tooth. YAY for a new Cria. You will, of course, share pictures - right???

In many ways this week has been tough. It gets harder and harder to feel like you are staying on an even keel.

Having said that, the Botanique is lovely, and YAY for new babies!!!

At least the other students flagged this guys rant and did something about it before it happened! This is what it takes-people watching out for others instead of being spectators!

I'm sorry about your cracked tooth Kim, but I swear you are better off without a root canal . The cost is just awful and they fail so soon.
The scare on your campus has me praying for your dear heart. How awful. What a violation of your peace of mind at work. I am glad they took preventative steps. Im sorry to say my hospital where I had my career always put "HOW THAT MIGHT LOOK" first. Therefore they never told us when we were under a bomb threat, how to react, prepare or get post trauma help. They pretended it didn't happen It infuriated me. We were the only NICU in the county (which is huge) that did not have a locked unit. Nope. They thought that wouldn't look good. I was so so sick of the hierarchy there when I left.
Glad you knitting is keeping your spirits up!
Your decision making sounds really stressful , in terms of the students who will and won't get chosen. Im so sorry. Big hugs to you!!

Wow! You have had a tough week! Glad things worked out safely at your school and that the student is getting the medical treatment that he needs. Hugs!