A bunch of stuff I made

It is a very windy afternoon here--too windy to sit out on the deck, but beautiful and sunny nonetheless. If I had to describe the last day or so here, I would describe it as potpourri-like because I did a lot of different things.

Let's start with the knitting

"Close to you" is growing and the colors are changing. 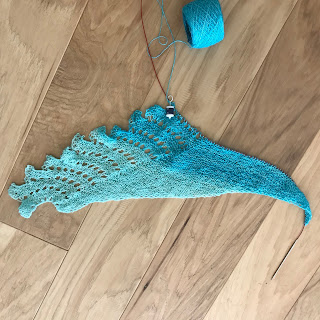 And of course some cards.

Here is an iris-folded one with lights--cut out on the Cameo (the lights). 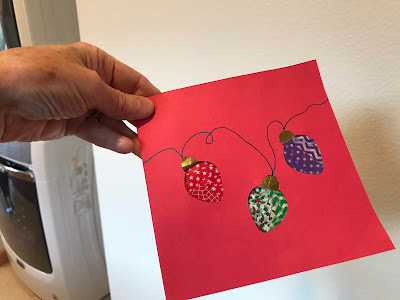 This one used washi tape.

And then I did a non-iris folded one. This card, basically, requires you to cut out the different pieces and then glue them on top of one another. 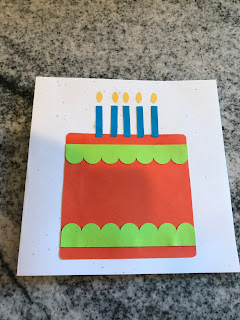 It's a ten minute birthday card. Probably the same amount of time to go to the store and pick one out!

I have a few other cards 'in progress' that I'll share with you as they become 'real' cards. I'm really enjoying the paper work!

And I made scones.

Because why not? I rarely bake in the summer because it is just too hot, but I wanted to try to make scones for some reason today. They are fairly straightforward to make (I used this recipe but it wasn't sticking together so I added an egg, and it worked out fine). 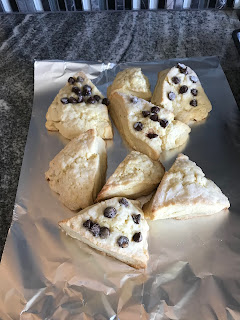 Some have chocolate chips. Yum.

Jessie is doing well and today even ventured into the fuzzy cat cave that I got her, so that's a win! We're so happy she's here.

We also saw this guy when we were coming home from the Taco shack yesterday: 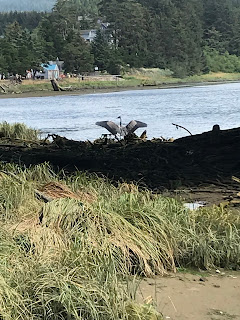 Tomorrow is the big parade for "Dory Days" (Pacific City's little summer festival--I think every coast has a "Days" event and this weekend is ours!

Scones are one of my favorite treats but I've never attempted to make them. Close to You is elegant - the edge DOES look like waves.

I like every single thing about this post. The yarn colors in your knitting look so happy!

Oh, that shawl is beautiful! Nice shot of the blue heron!

You seem so relaxed and happy in these posts from the coast. (!)

The Christmas lights are PERFECT.

Oh! I love Close to You and have added it to the top of my Ravelry queue.

Close to you does look like waves - perfect for being on the coast. Really liking your cards too. Glad Jessie is with you now. thanks