What I've Been Making

It has been a busy few days here, filled with making stuff. 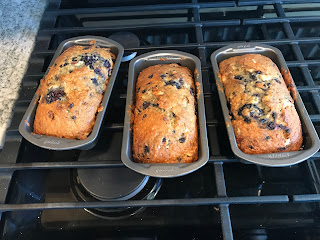 Did you know that if bananas aren't ripe enough for banana bread, you can put them in the oven (with the peel on) at 300 degrees until they start turning black? Yes you  can.

I made a shadow box thingee
I have an idea in my head and am learning how to do paper shadowboxes. 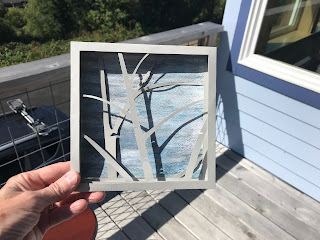 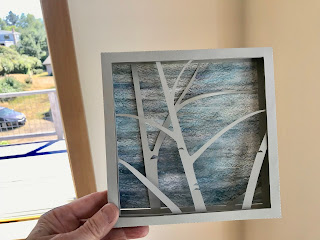 This has a few layers of paper and I did the background with water color pencils. Stay tuned for more of these!

I helped Tim make a pile of wood 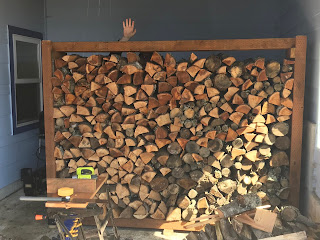 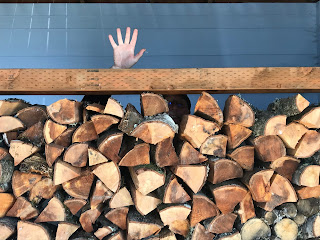 Tim chopped all the wood and did the racks. I helped stack it. We had a fire last night so fire season is--I guess--upon us!

I started making this 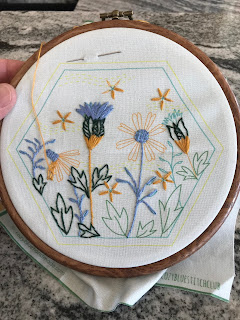 And I got thrown
We had a plan for yesterday but it got derailed--first I got some bad news about the death of my mom's best friend, which threw me off kilter (she was 92 and in poor health, and had been bedridden for a year, so it wasn't unexpected but I just wasn't expecting it, if that makes any sense). Her daughter is my oldest friend--I have never not known her.

Then on the way out to get something to eat, Tim's flat tire light went on and so instead of doing what we planned to do he took his car up to Tillamook and got two tires replaced. He completed that pretty quickly so he came back, we went to a local art show which we had planned to go to, and then sat on the beach for a bit.

I feel better, less thrown, today, and am thinking about Darcy and her mom and all the good times we've had together. The four of us (me, Darcy, and moms) went to London and then sailed back across the Atlantic 35 or so years ago (jeez) and we have great memories of that.

I'll drive back to Eug tomorrow to see the alpacas and I have two meetings on Tuesday, then back out here for the last push before the new school year.

Thanks for the tip about the bananas. I had no idea it was possible. Love the shadow boxes.

The loss of the 'older' generation leaves us vulnerable on the front as the now older generation....
You did well with the shadow box--very pretty!
I love to stack wood--very orderly rack for it!!!

So sorry for your loss. Love the shadow box!

That's a whole lotta wood! And the bread looks delicious. The shadow boxes look like fun - looking forward to hearing more about these. Sorry for your loss. It's always a surprise to me - even when it is expected, so I know exactly what you mean.

Oh, death is never easy . Someone so special , like that is a jolt anytime. Hugs!
I did not know that about bananas!!
Summer has gone too fast just too fast.