We had an 'adventure' day today, and drove down to the Oregon Coast Aquarium in Newport. It's about 40 miles south but on non-interstates going through several little coast towns, so it took an hour to get there. 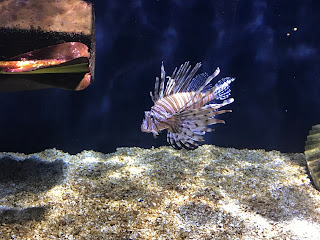 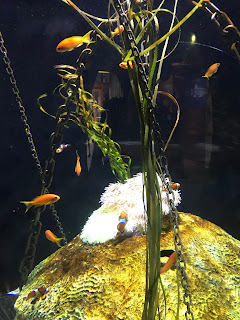 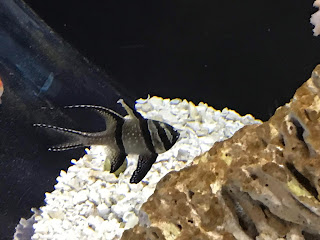 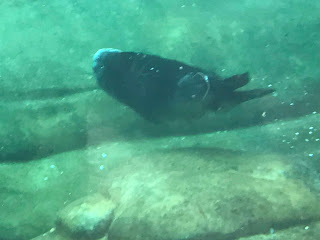 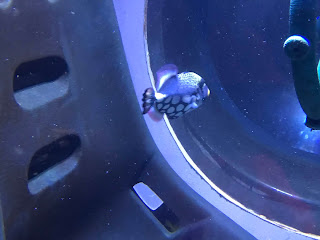 The highlight of the inside part is a tunnel where the fish surround you on both sides and above.

They have outside areas for otters, pinnipeds, and birds. We particularly liked the Puffins -- 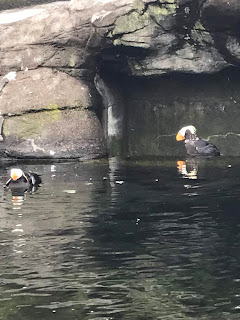 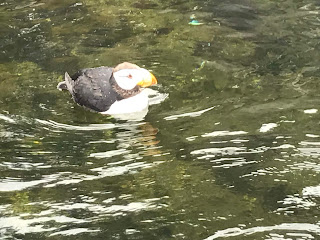 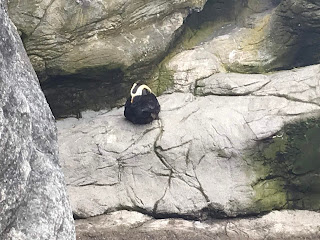 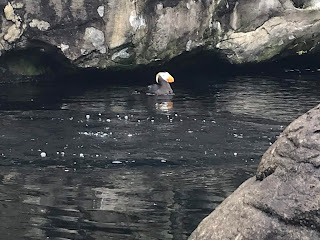 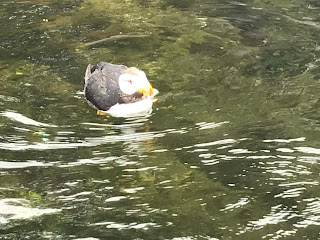 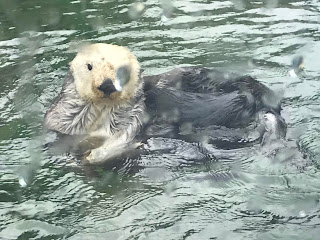 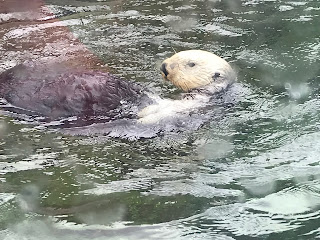 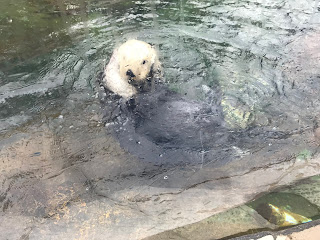 We had lunch at the Rogue Brewery (they have a tiny bar inside the giant brewery) and then went to the Bayfront in Newport. 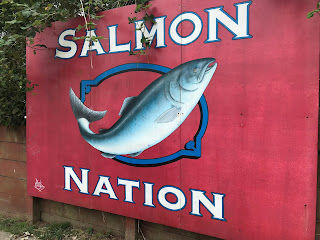 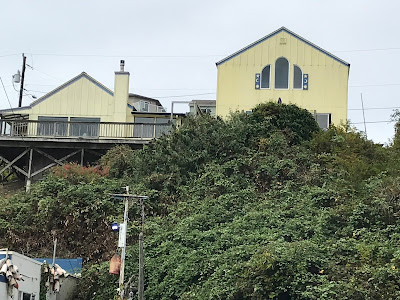 I love this house--it has moon and stars shutters. I think it might be an old church. 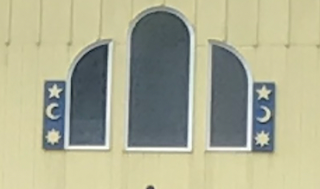 And this was happening in the bay.

We have multiple Devil's Punchbowls on the Oregon coast, and we stopped by one north of Newport and south of Depoe Bay. There were about five or six whales out frolicking (a bit far out to get good photos) so that was fun to watch. It also appeared to be a good surfing day. 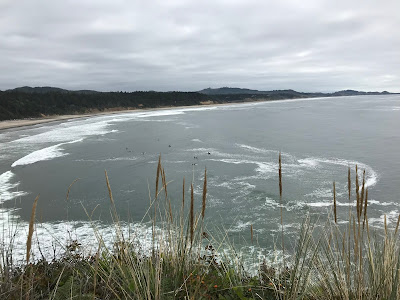 All those little black dots are surfers. There had to have been more than a dozen in the water.

And, thanks for all the great pictures. I lived in LA for many years, close to the ocean, and I miss it terribly. Loved those otters, and the seals.

I think a 'devil's punchbowl' is any rock or cliff formation that forms the shape of the bowl that has openings where the tide can come in and out. I also think these bowls need to be situated so one looks down or into them from above. That seems to be what the ones I"ve seen are like.

What a fun day! I love to visit aquariums -- so many cool things to see. And otters? I just love to watch the otters!!! XO

What fun! Love the otters and your fish photos are so nice. Love the star and moon shutters too. Never heard of a "devil's punchbowl" - interesting term.

Otters are delightful creatures. There used to be an Otter Trust Centre in Suffolk. We visited years ago ~ about 40 years in fact! They were lovely to watch but the centre is no longer open. This is partly a shame but mainly good news because the otters are now so well established in the area that they no longer need protection and are really 'wild'.
We have a 'Devil's Punchbowl' in Surrey. It is like a huge mixing bowl but all grass ~ and no access to the sea.

What a fun adventure! I enjoy playing tourist my in own area. Love the puffins and otters.

What a great destination! I would love to walk along the tunnel!
The otters are always a favorite!

I think the Oregon Coast Aquarium is even better than the National Aquarium (in Baltimore). The Hatfield Marine Science Center is also cool (and cheaper).