I had shared with you all some images of The Great British Baking Shawl which is a MKAL. I generally avoid MKALs since I like to know what I'm knitting, but this sounded like fun and it has promises of being different.

There are four clues (I think three have been released?). I am behind of course because I have just finished the first clue. 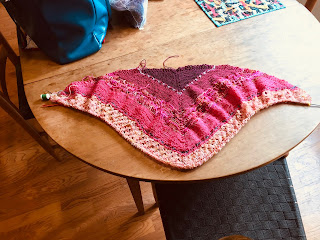 There are some very interesting stitches in this one. One is like a honeycomb stitch: 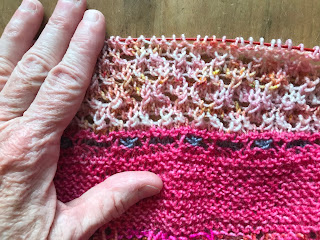 And this has some elongated Vs in it: 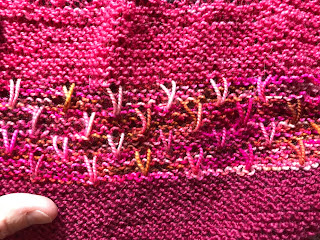 My friends Mark and Jess brought their three year old to the farm yesterday. Apparently she is alpaca crazy, and she just had the best time ever.

She is apparently very shy, but really was great interacting with the alpacas. 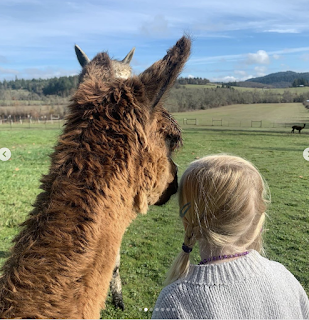 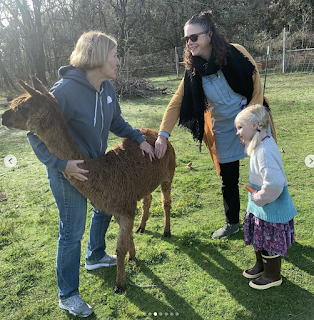 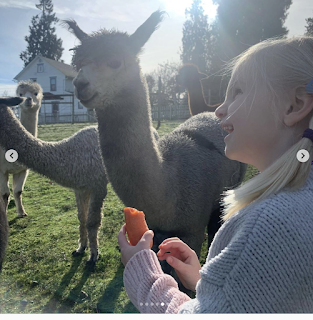 That smile in the bottom picture was pretty much her expression the entire time.

Focus time
Lots on my plate this week. Tim is over at the coast--some family from Missouri is coming out to see the house, and I'll go out there next Friday.  We've both been so busy it is kind of nice to have a little at home quiet time, although I already miss him so much.

It was an awful week this week at work--that's two in a row. My only wish is that I can hold on for three more weeks of the term.

Hope your weekend is good.

Look at the happy children with those animals! Oh, and great knitting, too!

Her smile in the last photo is precious!

The honeycomb stitch is pretty on its own, much less in that yarn.

Hooray for the little girl, AND for the alpacas for being calm and friendly.

Oh shawls and alpacas! You know I love your posts for them. IM sorry your weeks are crummy right now. Going to the coast soon should be great!!!

What a great smile! Hope school gets better for you.