The week between Christmas and New Year's is 'whale watching week' on the coast, which I think is a bit of a scam to get people to come spend money out here. There are volunteers with binoculars stationed at various places for a few hours every day, and estimates of 30 per hour passing by. Well, I spent a bit of time with binoculars checking out the migration yesterday, and saw NONE. And today we can't even see the ocean. But whatever, we need a good name for the time between Christmas and New Year's so Whale Watching Week is as good a any.

Friday we went to Lincoln City (the 'bigger town' about half an hour south--it has a population of about 9000 (compared to 1000 for Pacific City) but it is a much bigger tourist destination (it has both a casino and an outlet mall so there's that).  We went to lunch at one of my favorite places, Kylos, where you basically sit out over the water and watch the waves, which were kind of crazy on Friday. We also went to Joann's and I bought a bunch of stuff--paper (big sale), foiling supplies, and glass etching supplies.

Glass etching
The idea is that I can cut out a stencil using the cutting machine, and then etch that on glass. You etch glass by putting on the stencil, smearing on a cream, and then washing off the cream after a minute. It works, unless you are drying the glass you just etched and the glass lid falls off and breaks, rendering the project sort of useless. But kind of cute still. 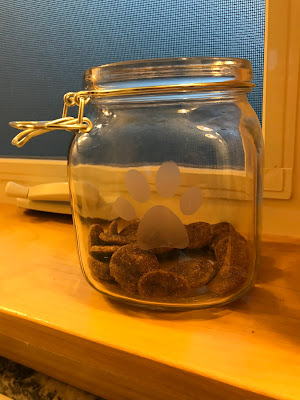 I etched the little dog paw on there. 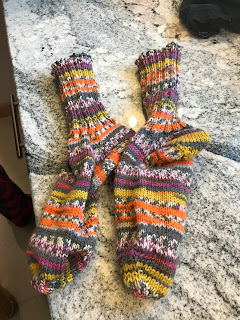 And I did some more work on the British Baking Shawl. When we last left the shawl, I didn't realize that we would bind off a side and then start another separate piece that (I assume) will be connected somehow. 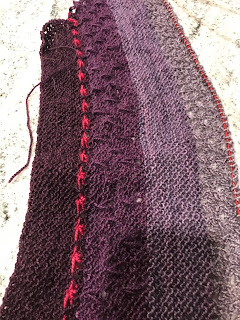 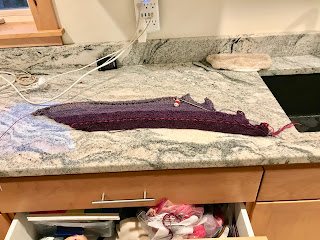 We'll see how this goes!
Paper

This was Tim's homemade gift this year. It is iris folding. 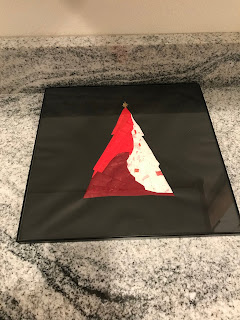 And I will leave you with this. 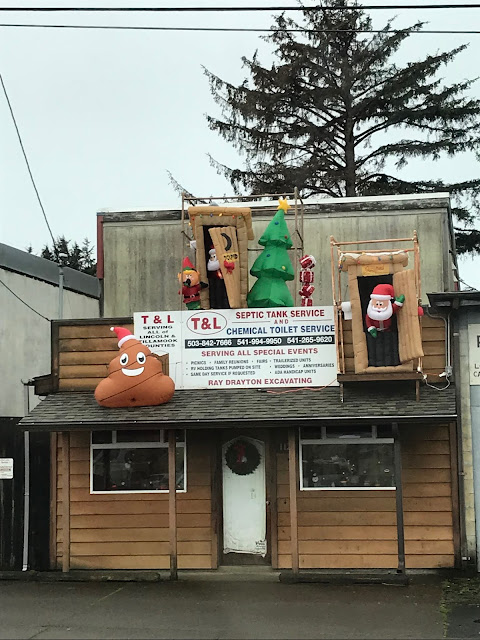 Oh I loved the septic special santa ! I think the etch glass idea is wonderful. This coming from a woman who deals in primarily plastic!

I would've broke the lid, too, I have that special talent also!!!! lol

Oh no, I'm so sorry you broke your lid. What a cute idea though. Hope you can get another container.