It all started with this birthday card for my MIL. 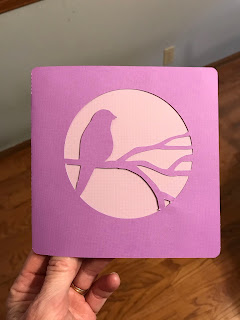 This is an adaptation of a valentine's card that I made (I bought the cut files for the card, so I didn't design the original). The original had a heart instead of a circle for the 'window', but Tim suggested that a circle would work for a general card. He was right. This is two pieces of cardstock--the light pink as the 'behind' part and the purpley pink as the 'front' part.

Then I started thinking--what if I did other cards with other things in the circle? Hmm. I went online to look for some free images that I could adapt. And I came up with these: 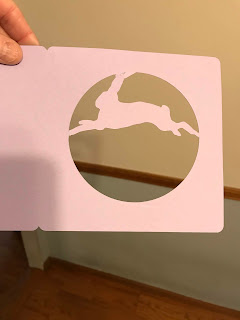 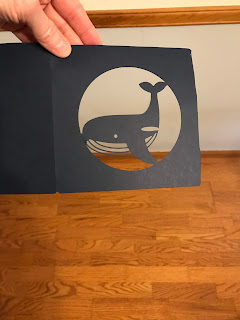 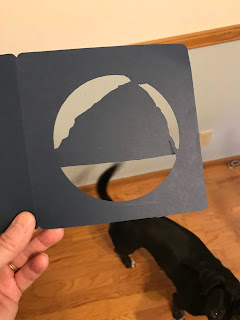 This last one is the Haystack Rock in Pacific City.

Then I thought 'well, plain cardstock is kind of boring for the 'behind' part so I started playing around with some Oxide stamps that I just got. Oxide stamps allow for some watercolor techniques and also some cool ombre techniques. This is how they would look once I figure out the right size to do for them. 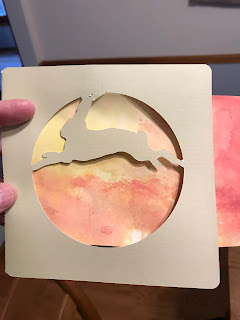 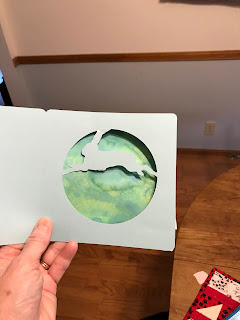 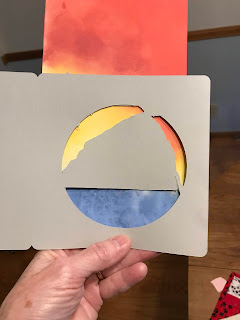 I have a few other designs that I'm playing around with so I'll show you those soon!

And there's a bit of knitting to show: 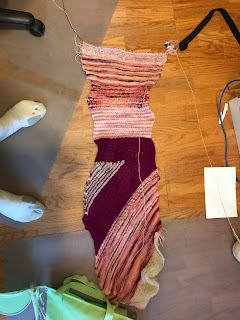 The last part (at the top of the photo)--it felt like I was working on that for hours and it is just about two inches long. Oof.

Great job on the cards -the Haystack Rock is especially appropriate!