After a long time of no real rain (I think the entire month of July and all of August), rain blew in yesterday around 4 in the afternoon. Tim was on his way back from Eugene, and I spent much of yesterday taking it easy after a long walk with the dogs at sunrise (the dogs and I were all up, and it was better to go out before all the other neighbor dogs got out for their walks, since handling both of them with my sore ribs is a bit of a challenge). 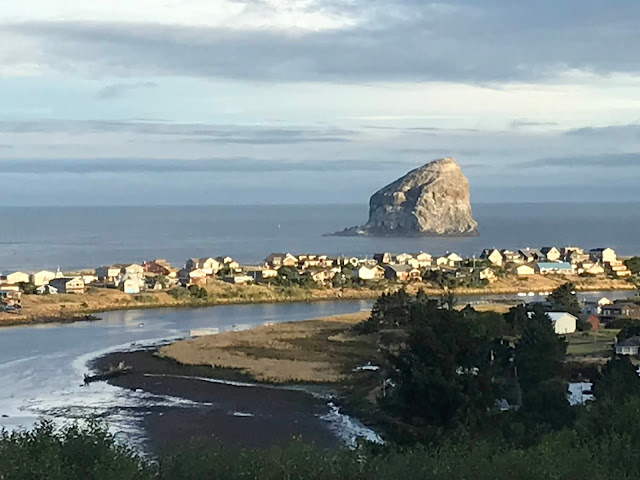 I also did a nerdy inventory of my cardmaking stuff to find a bit of inspiration. And I did some knitting.

This is another version of the Perky Little Hat--I vamped on this one and replaced the pattern's 'middle' with seed stitch. I like it. This was done with that bulky Noro and these colors are good ones--the pink stripe is really much more rosey-red. 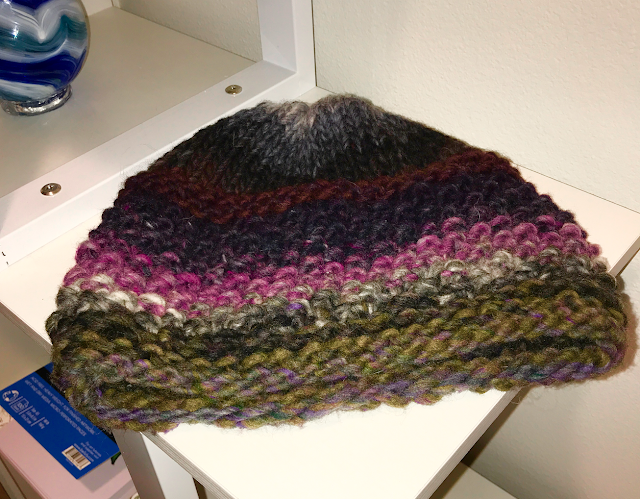 I also cast on for  Terraform which is a free pattern on Ravelry. I'm not sure how I found this, but it has a drop stitch and is kind of like Clapotis. I'm using one skein of Crazy (my new favorite yarn) and I'm adding beads just for a little bling. 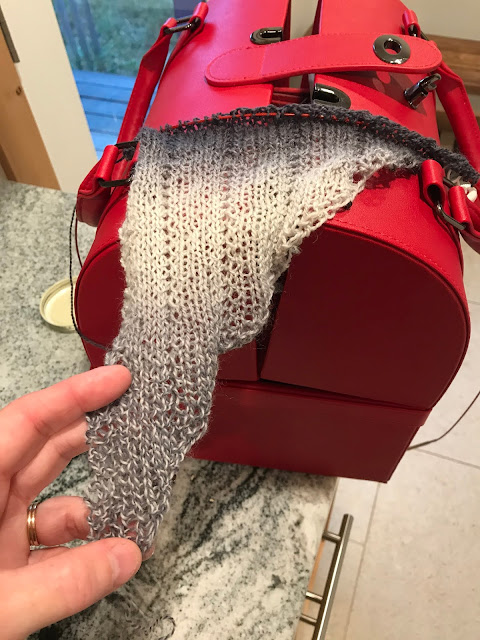 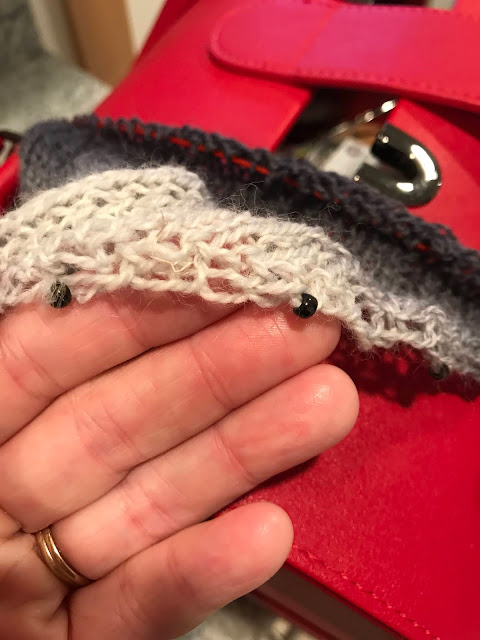 Last night I planned to grill hamburgers but the weather changed all that, so instead I pivoted to a delicious taco salad using a lot of the veggies from the farmer's market. We were both tired so we watched mindless television--the new race show on Amazon, that is subtitled 'Eco-Challenge Fiji'. Is it the Hardest Race Ever?  (Just checked: it is The World's Toughest Race). Anyway, it is pretty fun. Sixty six teams are racing around Fiji and apparently they don't get to eat or sleep so I'm not sure how they're doing it but it is good. And mindless.

Not much planned on my end this weekend---I'm not up for kayaking yet, and even so we're down a kayak as Tim's got a bit of a leak in it (he's working on fixing it, so we should be back to two kayaks next week and hopefully I'll be kayak-ready then. I know they say it takes 4-6 weeks for a rib to heal but I think I'll be good to go).

Stupid ribs. Having cracked a couple, I feel your pain. Literally.

Today’s photo of the rock is wonderful!

That rock never disappoints!
Here's hoping your rib heals quickly -- so you can get back out in that kayak sooner rather than later. XO

Nice to see another winning shawl! The view of the rock is incredible as always!

RAIN. UGH. NO THANK YOU.

HOPE THE KAYAKS ARE HEALTHY SOON

That rock photo is awesome! Can't wait to see how the shawl progresses. Hope your ribs are feeling much better soon.

Rib pain is bad, and they don't heal super fast either, so take it easy.
It hasn't rained much here, either, and I am spending an awful lot of time with our hose.