Happy TNT! I started this yesterday (it's the September pattern from Cozy Blue) and worked on it while listening to the Podcast Smartless. 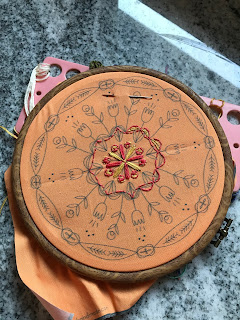 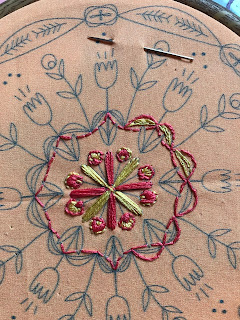 I'm not a big podcast person--I don't know why, really, because you can listen while doing complex-ish needlework, which is good. Anyway, Smartless is done by Jason Bateman, Will Arnett and Sean Hayes. They have a guest each week, and it is funny and pretty raunchy at times. I've listened to two so far, one with Dax Shepherd (which was great) and one with Will Farrell (which was OK). They also have more 'serious' ones, there's one with Kamala Harris that I'll probably listen to.

We are having a weird weather event. Yesterday was nice and not windy, and then around 6pm it started getting hazy. Then around 6:45 the temperature rose about 15 degrees and the winds from the east started coming fast and furious. The smoke from fires in the valley just poured in. The winds were really strong last night---several trees are down in Pacific City. 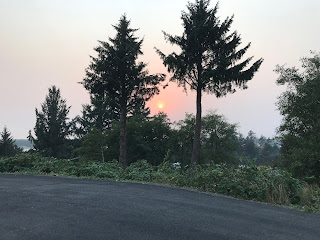 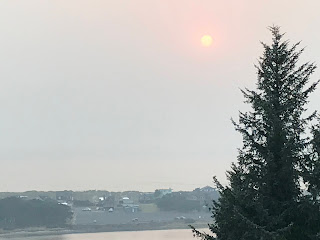 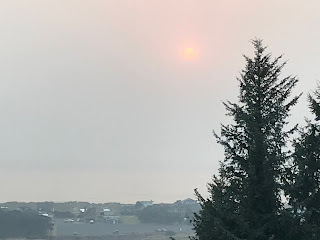 We didn't really get to sleep til after 1am or so, and we were up once around 6 but I went back to sleep for a few hours.  It's supposed to die down later today--we are worried about fires as several have popped up north and south of us.

This was the sky this morning. 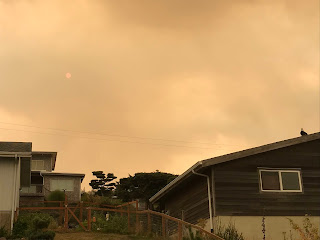 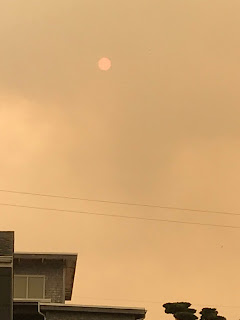 Oh, my! It sure gets serious when you see the sky that color! Be safe!

The sky has looked like that here for the last two/three weeks, and the air reeked like a campfire. Thankfully, the snow has calmed the local fires, so hopefully the smoky skies are behind us.