Focus on the Jolly!

Today I had a few chore-like things planned, but they got sidetracked. It was a beautiful day and we started off the morning by heading to Sitka Sedge, a state park a few miles north of here. We hiked about a mile in to the beach and then walked up the beach for a while. Sunny, no wind, just beautiful. 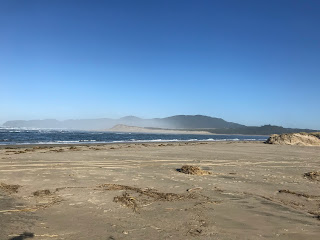 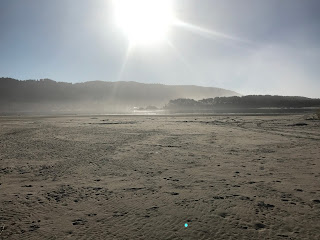 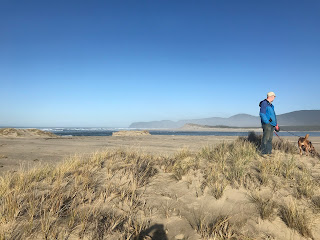 After lunch we put the outdoor lights up on the deck, and then Tim said 'let's just do the lights on the inside tree.' So we did. And then he said "let's just do the ornaments' and so the tree is done! This is the earliest ever---usually he goes to a conference in the second week in December and we don't even start stuff til he gets back. But this is an unprecedented year, of course, so we decided to start the holiday early. 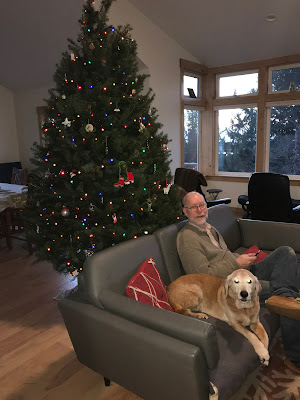 I have started a few knitting projects. First, just a simple sock. 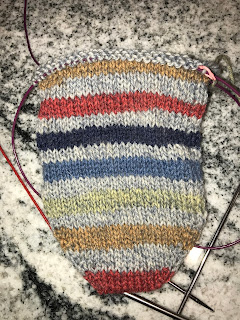 Second, the 'pressed flowers' shawl that looked too complex until I realized it was mosaic and not colorwork. Early days on this one but I like it so far! 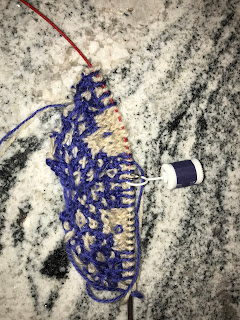 I read a good book--"White Ivy" by Susie Yang. It is sort of hard to explain, but check it out. It's good.

We are rushing headlong into December, aren't we? Lovely photos.

So many wonderful things here, Kim! I LOVE your tree! It looks just perfect -- and so festive. (I think a lot of people are eager to get "decking the halls" this year; we need some "merry and bright" more than ever.) And your Pressed Flowers is going to be wonderful. XO

I've been looking at the Pressed Flowers ever since I say Kay's on Modern Daily Knitting. I'll be watching your progress with interest. Looks lovely so far.

BTW, maybe it's just me but the comments on your posts don't show up unless I click on Post a Comment. The names of your commentors are there but not the text and clicking on their names doesn't help. This started a couple of weeks ago.

Nice way to finish off the weekend! The tree is very pretty! A nice pair of socks is just what you need! The mosaic shawl will be a bit more challenging but fun, too!

Hey KayT I noticed that too. I think it is the new layout. I'll work on it after this week (last week of classes).

I think that we are all looking for the light in the darkness this December. We put the outside lil tree up Before Thanksgiving! Unheard of. I am loving the music of the season