Happy Boxing Day! It's a sort of grey Saturday here but we can see hints of blue. Yesterday was very stormy all day, which made for a lovely and relaxing Christmas day.  We ate leftovers, we played games (we each gave one another games. So far we've played Battleship, Exploding Kittens, and Kahuna), we had a Zoom chat with Tim's family, we talked to my Mom, we read, and we watched Christmas Chronicles 2. 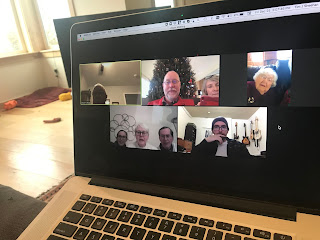 And there was knitting. 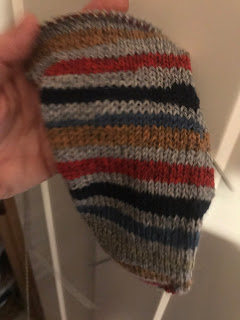 And there were tulips. 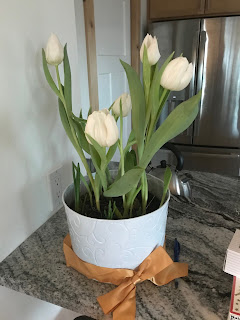 And my homemade present (we always exchange homemade gifts, Tim generally gets sock or a hat) is not done yet, but it will be in 2021---a deer proof vegetable garden. 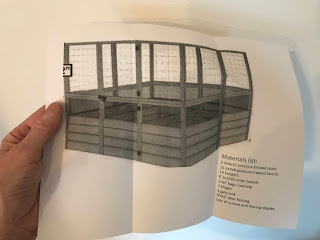 Wednesday evening we had three neighbors over---Dawn and Layne brought soup, Pam brought dessert, and I brought a focaccia loaf.  We ate in our garage, with the doors open, and the small kiln on 'high' so it warmed up the space. We have a nicer floor than most garages (that's a long story) so it is almost like being in someone's rec room. Later today, new neighbors CJ and Jackson (they're building a house up the street) are stopping by for a quick happy hour, and our neighbors Kevin and Patty are in town so they're coming by too. That will be in the rec garage as well.

We watched four Christmas movies this season (we usually watch one, on Christmas Eve, but it's a year unlike any other). Here is my quick review:

I hope my little Christmas guide helps you in your viewing decisions.
on December 26, 2020

Kurt Russell, glorious hair and all, makes a good Santa, but Ed Asner is THE Santa in this house.

We used to have a Battleship-like Star Wars game. It was SO much fun. Glad you had game time.

Sounds like you had a wonderful Christmas. I am amazed at how many people I know that celebrated Christmas in their garages this year.
Happy New Year!

What a nice Christmas and nice to share the day with neighbors!

Loved reading your reviews - I love Elf and the Christmas Chronicles! And your deer petit garden looks just fabulous! Wishing you a very merry Christmas. Jillxo

SO thankful and proud of you for distancing and finding a way !

I actually picked up the phone all week last week saying: BUddy teh Elf Whats your favorite COlor.

Some did not get it. Some laughed and laughed