If it's Friday, it must be bread day

Not really. But this morning I decided I wanted to make some bread. I'm not really a bread maker but luckily I'm married to one, and he owns a mixer with a bread hook which is really the only way I would have attempted it.

I am making this basic bread which has an awful lot of ingredients for something basic. It is at this moment rising on top of the Tulikivi. 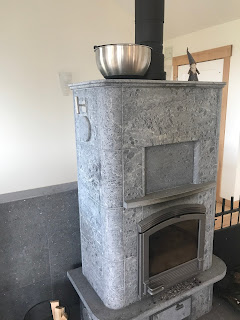 I also have some pumpkin bread in the over right now because we have a little something baked for weekend breakfasts. I've been doing scones for a while but I thought I'd switch it up a bit. 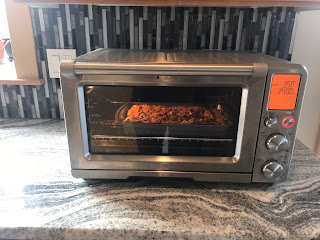 I've been mostly working on the bunny cross stitch (and spoiler alert: it will be done by Easter) but I've made a bit of progress on the 100 Acre Wood shawl. I'm liking it a lot. 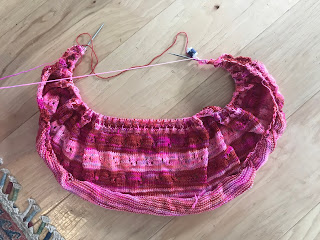 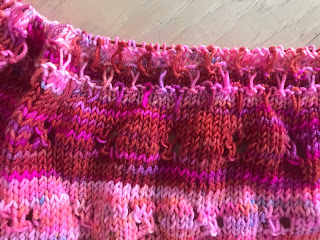 We've been watching a BritBox series called "London Kills" and it is very, very good and not at all gory, even though the title suggests otherwise, and you might like it.

I'm on Spring break next week--I have to moderate a session at an online conference tomorrow morning but then I'm done (a few things to get ready for the new term but nothing major). I'm looking forward to it, especially because last spring break was spent getting ready to go completely online.  Not much planned, other than crafts and some writing. Guess what--I have the first draft of my alpaca farm mystery 75% done!

Have a good weekend!

Definitely going to check out London Kills! We're always looking for something different to watch! Have a great weekend. XO

Oh how pretty pretty pretty that shawl is. This weekend Fireman will be all about the NCAA. My alma matta loyola is playing now. Not looking good. I found the nursing professors to be so very mean. Truly . They didn't have to be so scary to us. There was only One that was exceptionally generous and encouraging!We all loved her. I'm all about my patches blanket. And ........it was 48 and sunny here and it felt like Spring working in the woods today. Tomorrow....might....hit....60! My mood really needs that kim!

Homemade bread is delicious and smells divine when baking! Love the colors of your shawl - perfect for Spring and Summer.

The Twins are Bread Bakers!

My usual version of March madness is getting out my bike, but this year, it's moving.
That shawl is just gorgeous.
And I can't believe how much writing you've accomplished.

Oh wow! I didn't know you are writing a book - cool!! Happy Spring and happy spring break - enjoy! I love to make bread - either the long way or quick breads (last night I made a lemon walnut bread). Have a great weekend!

Spring break is just what you need. I love bread...all of them!