Not to everyone's taste

I've done a few cards and some gel printing experiments that I'd like to share with you! 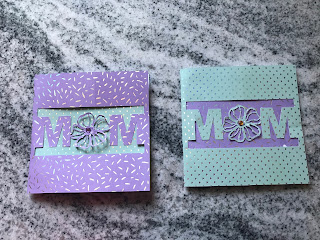 Second, I found an image for a Tlingit Raven (the tlingit are one of the First Nations people in Western Canada).  We have two pieces of Tlingit art that we attained in Canada when we were there a decade or so ago (more than that actually--we had two entirely different dogs!).  So I did a stencil of the raven and did a few prints. 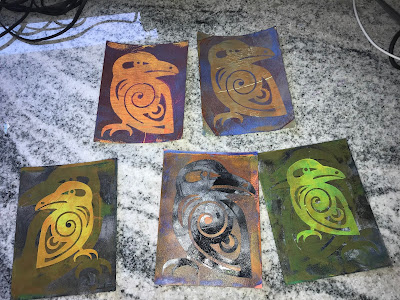 I also tried this technique with a stencil of a howling wolf with not great results. 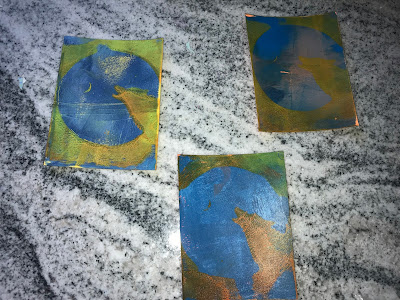 Beautiful work on the cards! I love ravens--these are really cool cards!

I made some orange bread this weekend, too. Next time, chocolate chips will go in.

Sorry you're disappointed with the wolves. The ravens are gorgeous.

Love the raven cards. What a blessing that both your Moms are still in your life.

Love your cards. Love that you have wise older women in your life!!!! sometimes they are the coolest